Eternally rolls the wheel of being

The middle section of 'No Patterns Needed' is devoted to the circle. Each of the designs is built from sections of or full circles, and harnesses the organic power of this free wheeling shape.

Whereas the rectangle has flat sides and four corners, meaning you can trust it to rest solidly in one place, the circle is built to move, tumbling away on its eternal curved edge. For this reason I think of motion as an intrinsic part of the circle, and I tried to capture that in my garment designs. 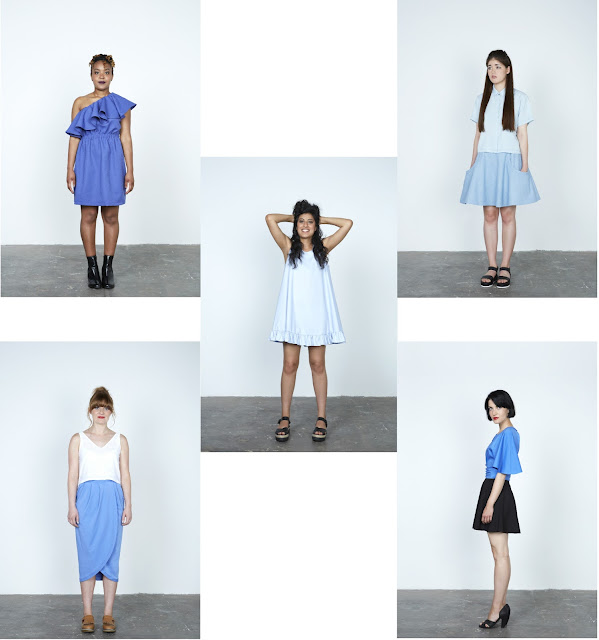 As part of my research into the essence of the circle, I read a book called 'Reinventing The Wheel' by Jessica Helfand. It is a fascinating catalogue of paper wheel charts that the author has collected at flea markets and second hand shops. She explores the historic significance of the circle, beginning:

"The circle has no beginning and no ending... It represents the image of the cosmos, the cycles of the seasons, the life of man and the orbits of planets around the sun."

The circle does conjure the awesome power of the giant turning sphere we live on, as well as the uncountable and unknown stars and planets that dwell in our solar system and beyond. The entire disk of the Milky Way rotates at about 168 miles per second. Black holes revolve, after forming in the gravitational collapse of massive spinning stars. 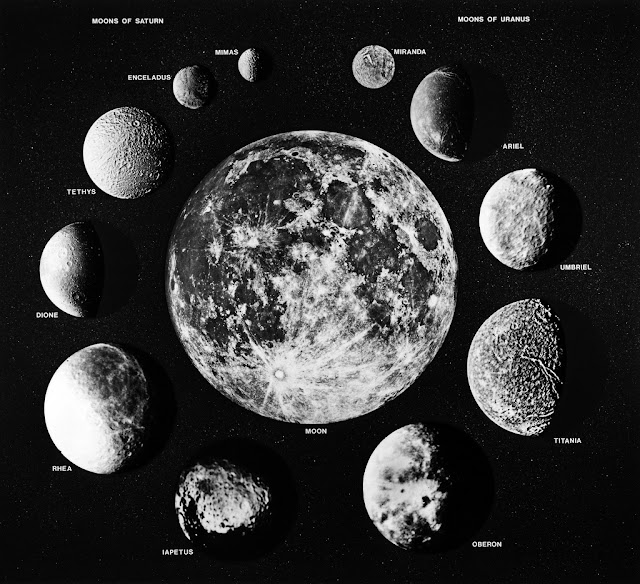 Planets, moons, black holes, galaxies. Round and round they spin on an awesome scale, pushing at the boundaries of our comprehension.

There's something wild about the circle. When I close my eyes and think of its power, I think of illustrations from geography text books that show how waves are formed and why they keep on crashing. Energy transferred from the wind to the sea causes particles to rotate, literally spinning waves forward.

The ocean is never still. The source of its movement: circles.

This endless tumbling power is both scary and exhilarating.

Its energy cannot be contained. Perhaps it can only be hinted at in art and poetry.

The circle can't even be fully captured numerically. As Jessica Helfland says, it " eludes mathematical exactness." However, it is our desire to apply logic to the circle - to slice it up into segments, to add dials and use it to map time and the tides. 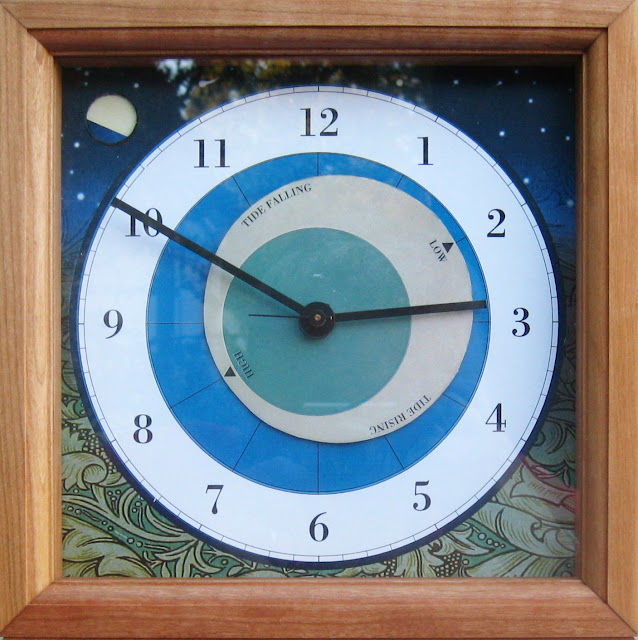 Indeed, as wild and free as the circle is, mankind has also put it to use, employing it to drive vehicles and machinery, and using it to chart the movement of our planet around the sun, or the position of the north pole.

As with my rectangle designs, I sketched a lot of ideas for garments before moving on to toileing. Ripples, ruffles, folds, undulation. These were all key words that felt essentially circular and that I wanted to incorporate into the garments. 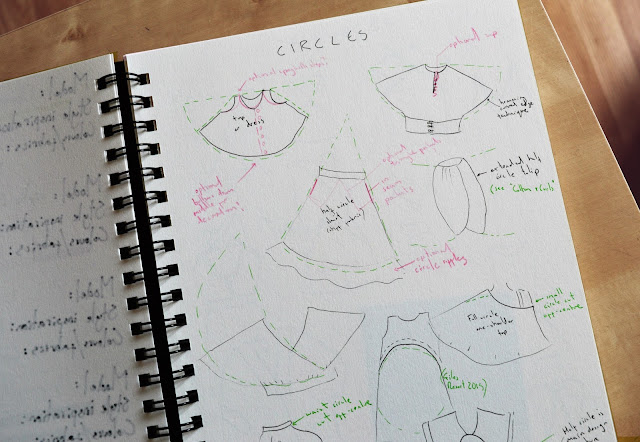 I drew inspiration from garments that contained definite circular lines like this Coperni Femme shirt... 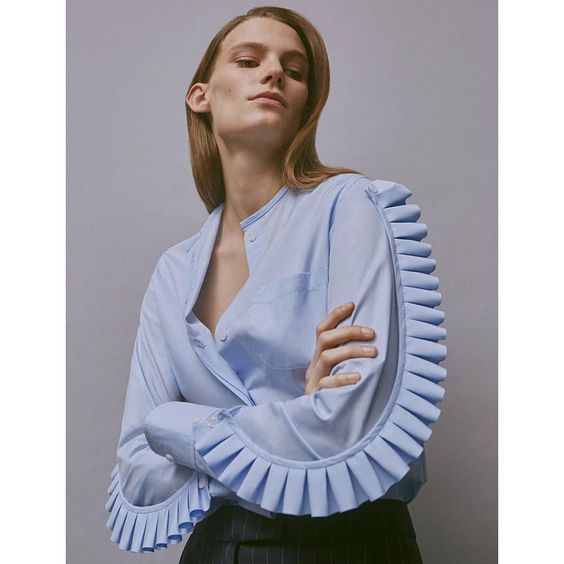 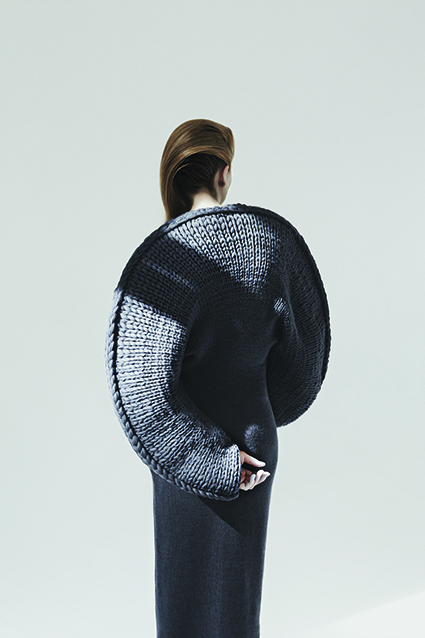 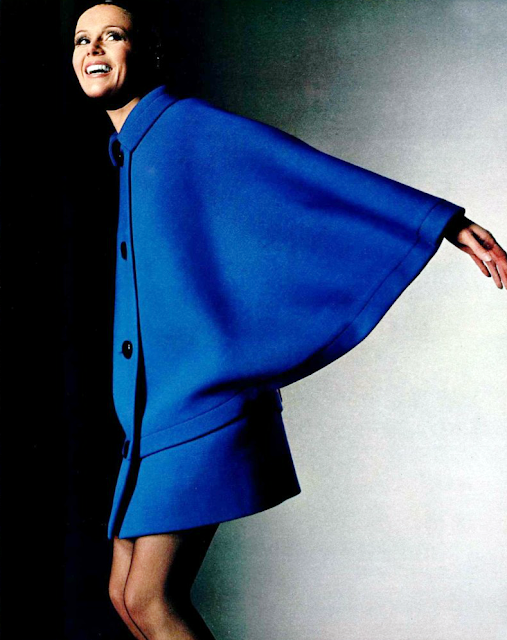 Inspired also by the wild energy of the planets turning, waves crashing, the freedom of rolling down a grassy hill with your arms held tight to your sides on a sunny day, my key goal was that the garments would allow the wearer to feel the awesome power of the circle. 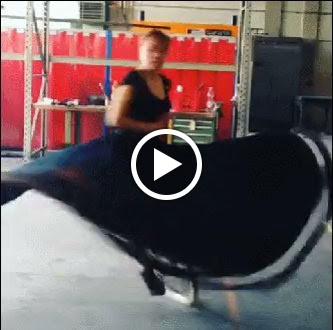 Built from criss crossing fibres that draw stability from a grid pattern, fabric can also be cut and draped to express the power, freedom and movement contained in circles.

Here's a closer look at some of the designs that made it into the book.

The Segment Dress - modelled here by Courtney Mason - uses a section of a circle to create a fun, flared, freeing dress. 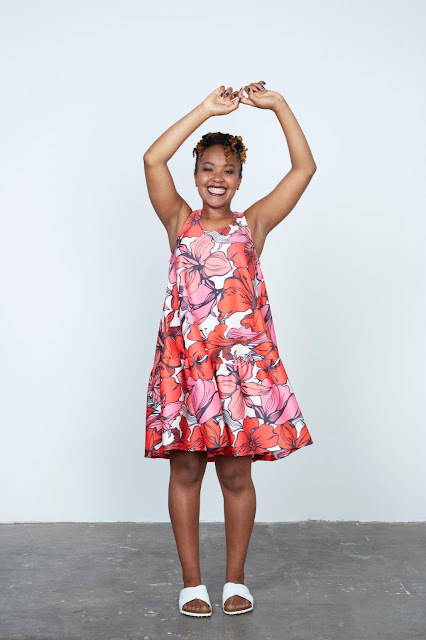 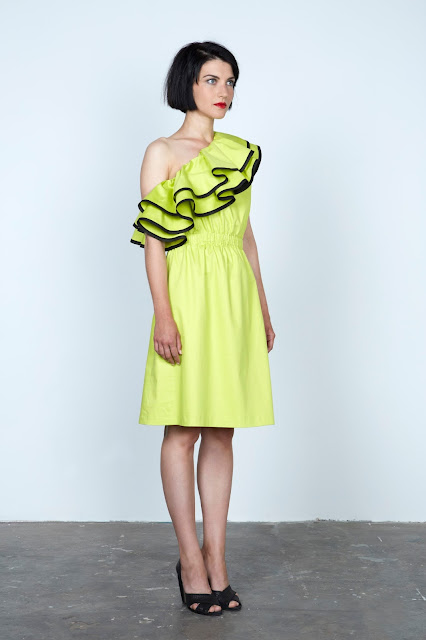 The spot pocket skirt - modelled here by Melody - unashamedly displaying it's allegiance to the circle, and also structurally embracing the flowing volume created by our corner-free shape. 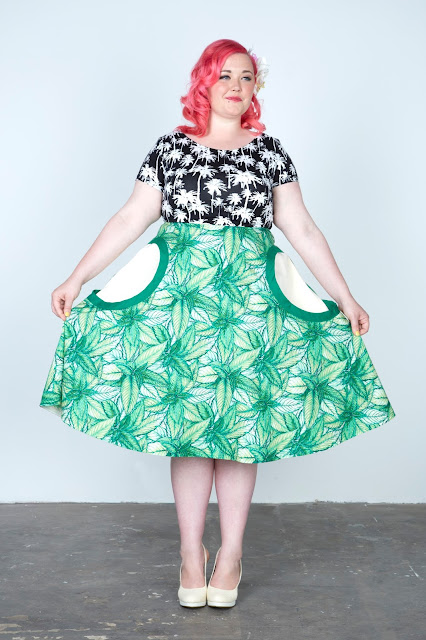 Free, untameable, in constant motion, the circle allows us to enjoy the exhilarating power of movement and the freedom that lies within fabric.